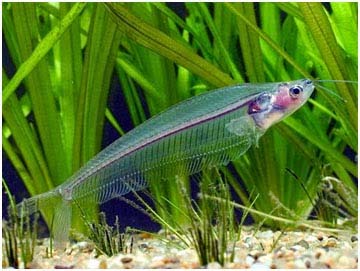 The glass catfish is a very popular aquarium fish due to their glass like transparent body. It is also known as Phantom Glass Catfish, Ghost Fish, Ghost Catfish, transparent catfish, X-ray fish etc. They are small to medium sized fishes found in inland waters throughout Southeast Asia, the Great Sunda Islands, Java, Sumatra and Borneo. It is native to rivers in Thailand and it inhabits streams with sluggish currents, often with areas of still water.

It has elongated and laterally compressed body with a sub terminal mouth. It is a medium-sized silurid fish which has strongly projecting lower jaw and a highly-arched dorsal profile. The entire body is transparent but head is silver in color. It has transparent flesh which allows us to see the spinal cord and internal organs when it is seen from side.  The anal fin extends almost from the head to the forked caudal fin. It has a long pair of barbels and the fins are also clear. The glass catfish is a very beautiful fish with an absent dorsal fin and lack of body pigmentation and scales. A large, crescent shaped, completely clean transparent anal fin with 48-55 fin rays is present which starts almost from the head to the forked caudal fin. They are highly sensitive to changes in water quality and pH.  It prefers slightly acidic to slightly alkaline water (6.6-7.5 pH) with hardness of less than 10 °dGH and the water temperature of 72-82 °F. It is a picky eater and in wild, it mainly feeds on small invertebrates and zooplankton. It also eats other fish up to the size of a newly born Guppy, mosquito larvae and Daphnia. It grows up to 8 cm in length and can live up to 8 years.

The Glass Catfish is a very delicate fish. They do best in 30 gallons planted tank with an open area for swimming and plenty of hiding spots with medium flowing water. They should be kept in a school of at least 5-6 individuals to maximize their life. They may hide for several days when it is first introduced and they are quick to dive into the thickets when it feels disturbance. It is very sensitive to fluctuating water parameters and should be placed in a fully cycled aquarium with low nitrates. It is very peaceful fish which should be kept only with peaceful tank mates such as tetras, dwarf gourami or dwarf cichlids, Tetras, barbs, danios, Corydoras, Loricarids, Loaches, Hatchetfish, Platies, Kribensis, Red-tailed Shark. They can also be kept them with larger gourami, silver dollars and angelfish. If they are kept with aggressive mates or are kept in a small school they become white in color or die. The tank should have bunch plants like Wisteria, Blue Stricta, Green Pennywort, Purple Temple which create lots of cover and some driftwood anubias plants and some rocks or ornaments are  also be beneficial for them. The ideal temperature for a ghost cat is 75-800 F but can live in 72 – 820 F with pH of 6.6-7.5. They are quite sensitive to water conditions, so regular small water changes should be done to keep your fish healthy.

It is a diurnal, shy, transparent fish that dwells in mid water. It is a selective eater and in wild, it mainly feeds on small invertebrates and zooplankton. It also eats other fish up to the size of a newly born Guppy, mosquito larvae and Daphnia. In captive condition it readily accepts wide range of foods including flake, pellets, vegetables, bloodworm or brine shrimp, Moina, grindal worm etc. Feed should be offered once or twice a day.

It is extremely difficult to spawn in the home aquarium. They are bred in numbers in outdoor ponds in Southeast Asia for trade but details are unknown about the breeding of this fish in captivity.

It is pretty much impossible to make difference between male and female catfish. The male is a little smaller than female.

The Glass Catfish provides an instant attraction due to its virtually see-through body. It is schooling catfish that is sold under the common name of ‘glass catfish’ and it is the most commonly encountered Silurid in the ornamental fish trade. 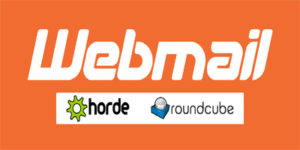